What Is Benzoyl Peroxide?

Benzoyl peroxide is an FDA approved ingredient to treat acne. It’s main purpose is to kill the bacteria that contribute to acne, like Propionibacterium acnes (P. acnes). This means that it can kill acne-causing bacteria in existing pimples, but it also kills acne-causing bacteria on the skin which can help prevent acne from forming.

Not only is benzoyl peroxide antibacterial, it’s also a keratolytic and comedolytic agent, which means that it helps to shed dead skin cells, unclog pores and prevent comedones or clogged pores from forming.

It’s also an anti-inflammatory, so it can help to reduce redness and swelling associated with pimples and also soothe irritated skin.

Overall, benzoyl peroxide is an incredible ingredient that can target all the different causes of acne.

It’s often used in cleansers, treatments and spot treatments and can be found in concentrations of 2.5-10%. Although benzoyl peroxide is a great ingredient for acne-prone skin, it’s often combined with other ingredients like retinol or salicylic acid. It can be found OTC or in prescription-only products to help treat and prevent acne.

Since benzoyl peroxide is such an incredible ingredient for acne you’re probably dying to get It into your routine asap. However, you might be wondering does benzoyl peroxide make you break out at first? Let’s take a look.

What Is Skin Purging?

Let’s say you started using a new skincare product that contains benzoyl peroxide. You hope to see clearer skin, but suddenly you notice that you’re breaking out more than usual. Your skin looks red and inflamed and you feel like you’re back at square one.

Don’t worry, this is likely just skin purging and it’s usually only temporary!

Skin purging occurs when an active ingredient causes an initial outbreak of acne or worsening of existing breakouts. This happens because the ingredient is working to speed up the skin’s natural turnover process, and as a result, it will bring all the dirt, oil and bacteria that’s clogging your pores up to the surface, which leads to an increase in acne and pimples. But only temporarily.

While it may be tempting to give up and ditch the product, it’s important to remember that this is only temporary and things will eventually get better. In fact, purging is actually a good sign that the product is working!

The term “purging” refers to the common side effect many people experience when using active ingredients like azelaic acid, retinol or glycolic acid. These ingredients work to speed up the skin’s natural turnover process, and as a result, they will bring all the dirt, oil and bacteria that’s clogging your pores up to the surface and leads to pimples, rough skin texture and inflammation.

Although annoying, skin purging is actually a good sign that the product is working doing its job and rest assured, you will have clear skin before you know it.

Purging severity and duration can vary from person to person. Some may experience closed comedones or blackheads, while others may get whiteheads, cystic acne or other inflammatory types of acne.

Does Benzoyl Peroxide Cause Purging?

Since it has keratolytic and comedolytic properties, Benzoyl Peroxide can cause skin purging, particularly within the first four to six weeks. So, don’t panic if you start to see an increase in breakouts.

However, skin purging is part of the whole process of treating acne; as the benzoyl peroxide works to kill acne causing bacteria and unclog your pores, it can sometimes lead to an initial breakout that can last several weeks.

Yes, just like benzoyl peroxide cream or spot treatments, a face wash or cleanser containing benzoyl peroxide can cause purging or an initial breakout. You might think since the cleanser is being washed off after, it doesn’t have as much of an impact on the skin, but this isn’t the case.

The benzoyl peroxide starts to work as soon as you put it on the skin, so it’s still effective at unclogging pores and treating acne.

Does Benzoyl Peroxide Cause Acne?

Once you experience purging, you may be wondering “can benzoyl peroxide cause breakouts??”

Luckily, benzoyl peroxide does not cause acne. In fact, it’s actually FDA approved to treat acne!

Benzoyl peroxide helps to unclog pores, kill bacteria and reduce inflammation, all of which are important for keeping breakouts at bay.

However, if you experience breakouts when using benzoyl peroxide and it’s not purging, it could be that your skin is sensitive or reacting to another ingredient in the product and not the benzoyl peroxide itself.

Although benzoyl peroxide is often used to treat acne, some people may experience an initial increase in breakouts or acne when they first start using products that contain this ingredient. But keep in mind this is all part of the skin purging process and is temporary.

If your breakouts persist even after the initial purge, it could be that your skin is sensitive to benzoyl peroxide or another ingredient in the product, in which case you may want to consider switching to a gentler formulation or even a different ingredient all together.

How Long Does Skin Purging Last?

Purging typically starts within a few weeks of starting benzoyl peroxide and can last anywhere from 4-6 weeks to several months. However, it’s important to keep in mind that this is only temporary and you should gradually see improvements over the course of several weeks.

If you continue to experience breakouts after 3 months, you may need to discontinue use.

How to Tell If It’s Purging Vs Breakout?

If you’re starting to use benzoyl peroxide, you might be wondering what does a benzoyl peroxide purge look like? How do you know if it’s purging or a breakout? It’s helpful to know what each of these look like to help you determine if the product is working like it should vs causing acne.

Skin purging can look a lot similar to regular breakouts; hence it’s difficult to differentiate between the two. Which is why many people give up on using benzoyl peroxide or retinols because they think it’s making their skin even worse.

Luckily, there are a few key things to look out for when determining if you are experiencing purging vs breakout with benzoyl peroxide.

In general, if the breakouts start soon after starting benzoyl peroxide, chances are it’s purging.

But if you experience an increase in acne that you normally don’t break out in, then it could certainly be a breakout. For example, if you tend to get acne on your forehead and chin, but are suddenly experiencing acne all over your cheeks, that’s a good indication it’s a breakout and not purging.

The type of acne can also be an indicator. Purging will typically produce the same type of acne that you normally have. So if you normally get a lot of whiteheads or pustules and then start experiencing closed comedones, this can be a sign it’s a breakout.

If you continue to use benzoyl peroxide and things just aren’t getting any better (or are even getting worse) several weeks after starting, this can also be an indication that it’s not just purging that’s going on.

How To Reduce Purging From Benzoyl Peroxide

Nobody wants to experience a purge, but it’s important to remember that it is only temporary and will eventually subside. In the meantime, there are a few things you can do to help manage and reduce the purging process.

Ease into it: Similar to starting with a lower concentration, you also want to ease into using it. Start by using it every other day or even just a few times a week. Once your skin gets used to it, you can increase frequency as needed. Benzoyl peroxide can be used 2x daily, but you definitely don’t need to start out using it that often

Give your skin time to adjust: Just like with any new product or active ingredient, your skin needs time to adjust. Be patient and give it at least 4-6 weeks before you start seeing results. And remember, the purging process can last up to 6 weeks, so don’t give up too soon!

Pamper your skin: it’s important to also keep up with your regular skincare routine. This means cleansing your skin and making sure you remove all makeup. Moisturize twice daily. And you can even use more soothing products to help reduce inflammation associated with purging.

Can Benzoyl Peroxide Cause Purging FAQ’s

How long does skin purging last?

If you experience skin purging when using Benzoyl Peroxide, it should only last between 4-6 weeks. If it lasts longer, it’s best to see a dermatologist, as you might have another skin issue.

Can I avoid skin purging when using Benzoyl Peroxide?

Unfortunately, if your skin is going to purge, it will happen no matter what preventative measures you take. But you can prevent it from worsening by keeping your routine minimal while your skin adjusts and make sure to moisturize and don’t overdo it and dry out your skin.

Does everyone purge on benzoyl peroxide?

Can too much benzoyl peroxide make acne worse?

Yes, if you use too much benzoyl peroxide or apply it too often, it can actually make your acne worse. This is usually because you are drying out your skin, which can lead to a damaged moisture barrier and cause your skin to overproduce oils to try and compensate for lost moisture.

Does Benzoyl Peroxide Cause Purging Wrap Up

Benzoyl Peroxide is a great active ingredient to try over the counter for those with mild acne. It kills acne causing bacteria, reduces inflammation and unclogs pores to treat and prevent acne. Like any active ingredient that exfoliates, benzoyl peroxide can cause an initial purge. This purge can be frustrating, but it is only temporary and will eventually subside. It’s important to keep in mind that the purging is just the normal process and it’s only temporary. 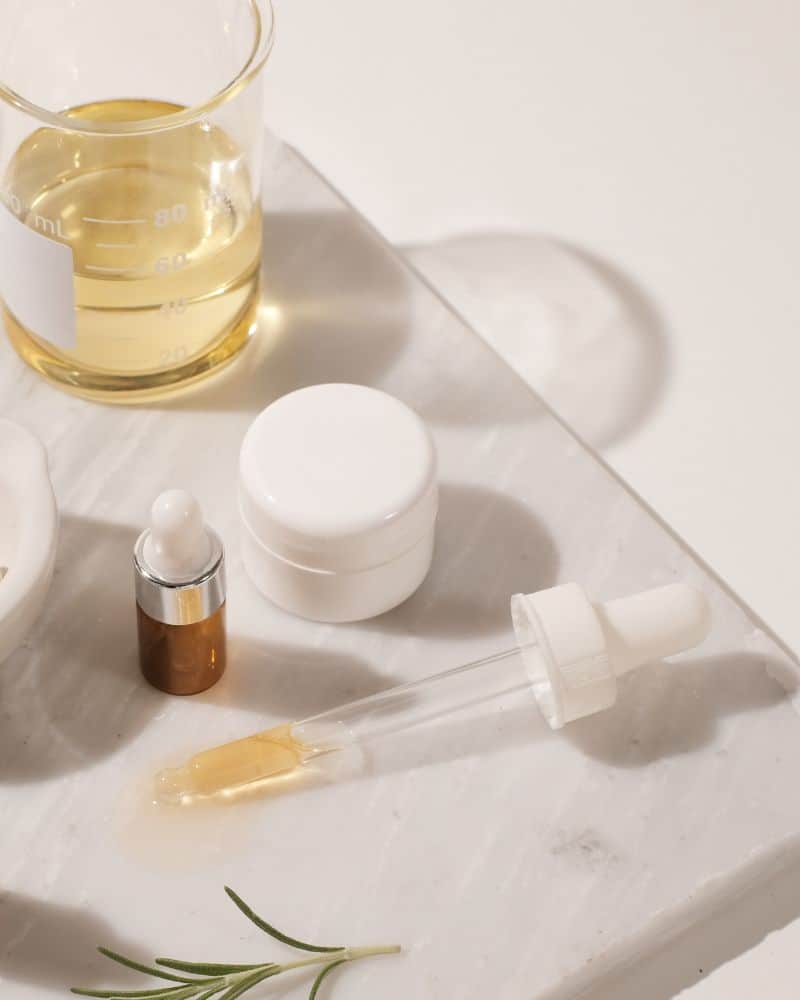 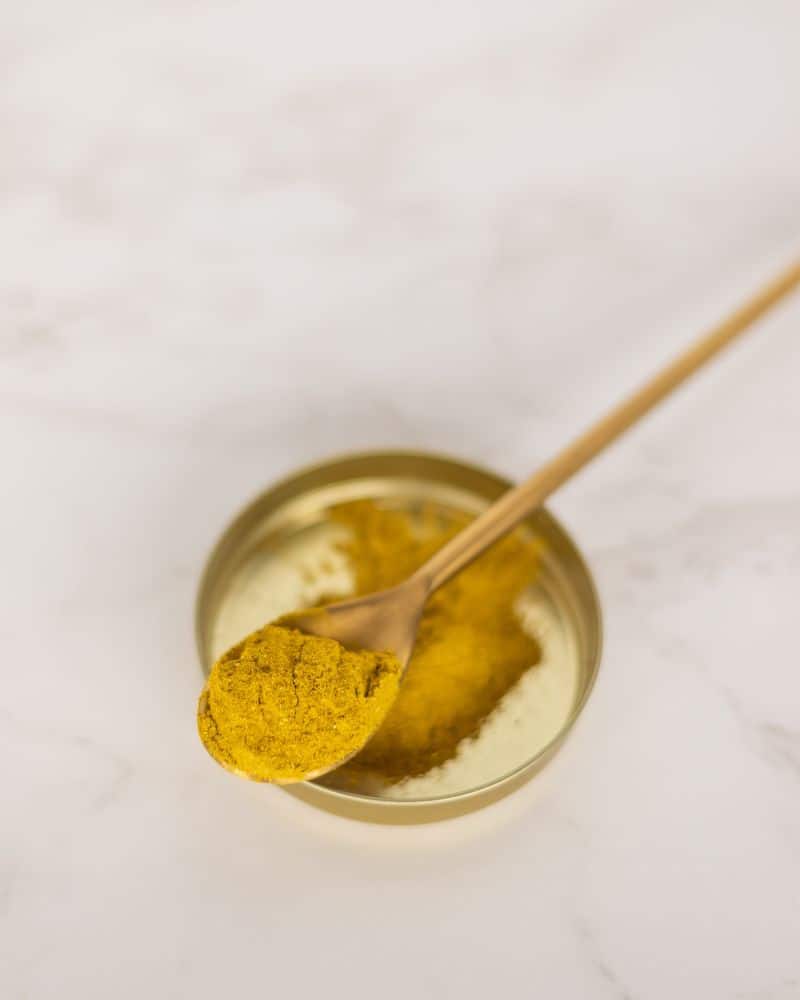 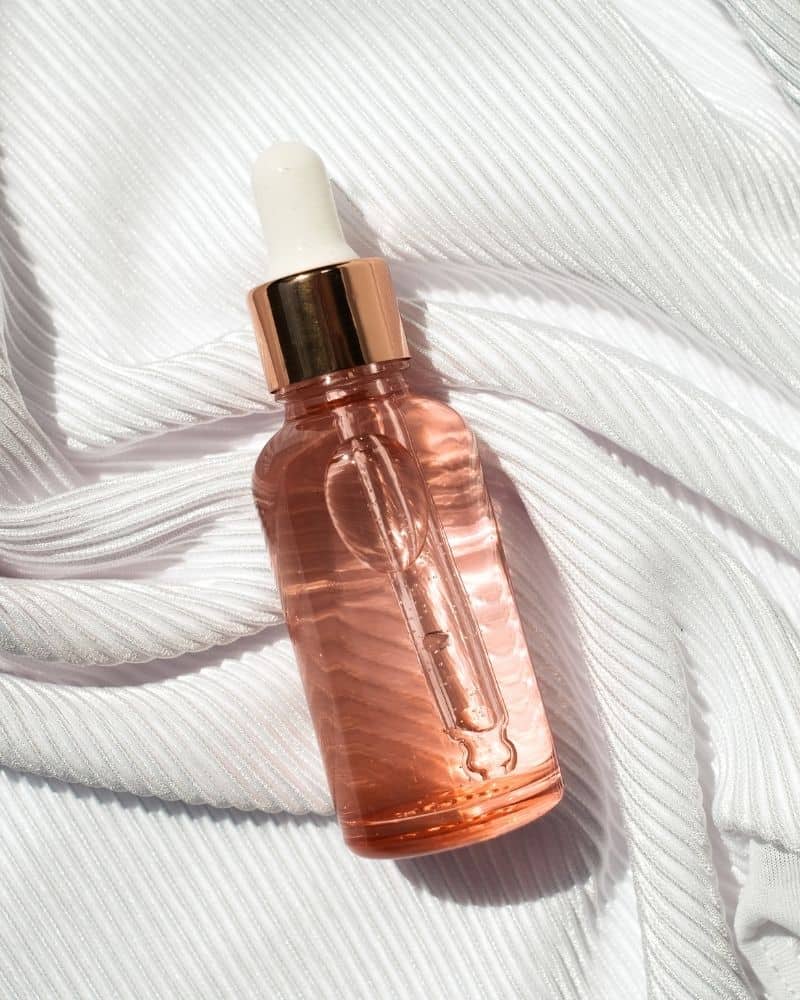 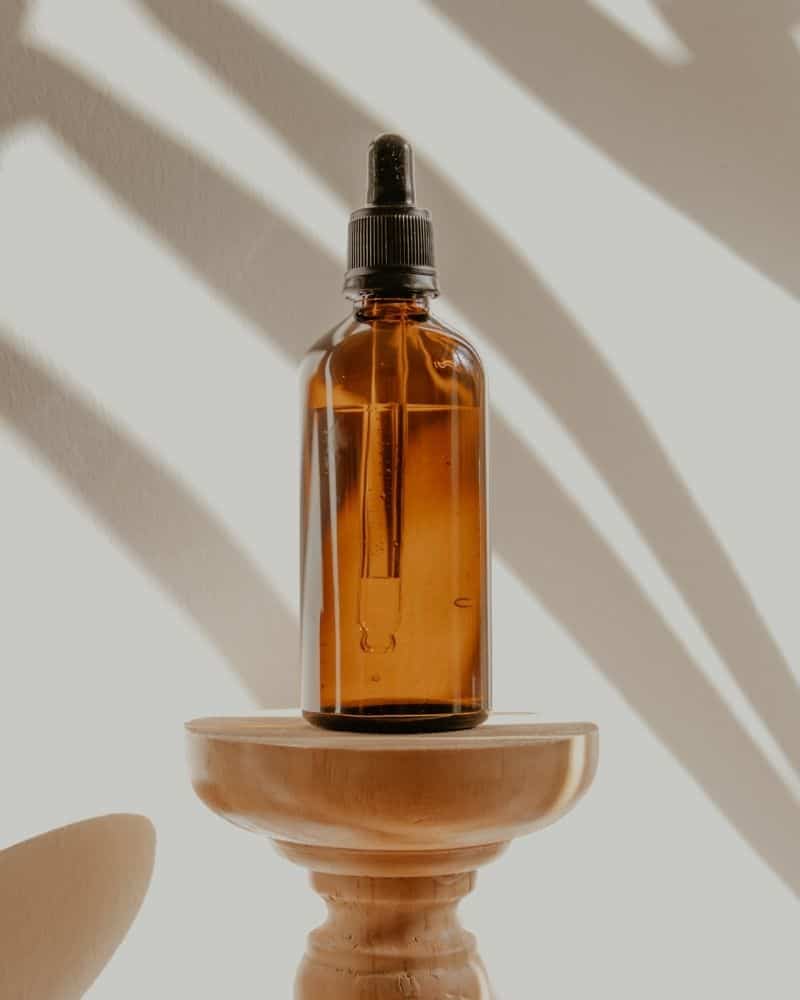 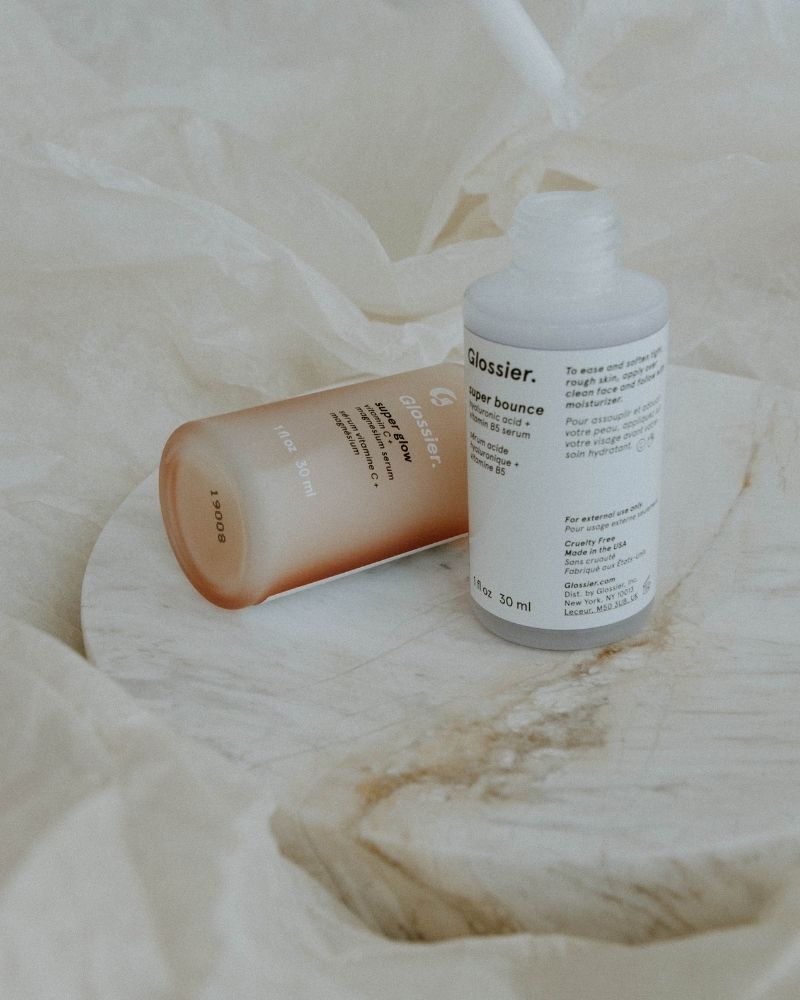 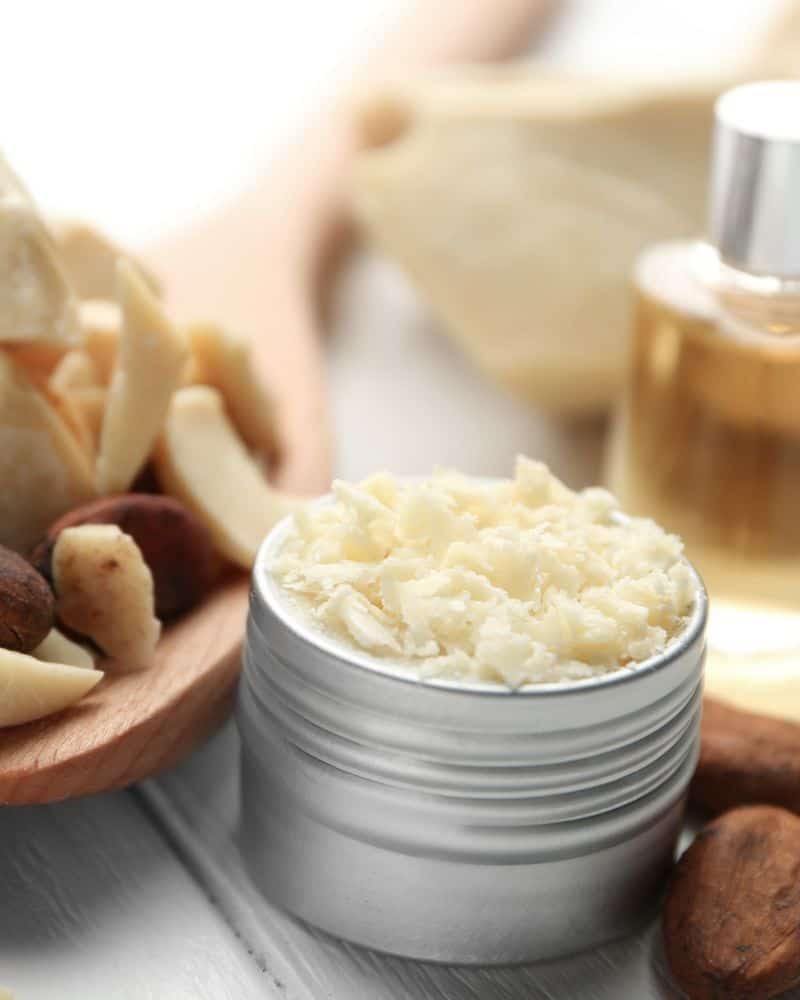